So, there's no doubt that we think Zoe is amazing. And why the hell not? After all, we're white and according to Stuff White People Like it's to be expected, right?
Well, thanks in no small part to her nanny, Michelle, Zoe has begun to walk. I think Beth and I sort of figured she would be early on this, given that she has been TRYING to stand up since she was 2.5 months. But, once she figured out crawling (Thanks, Nana!) it looked as though she would just settle into that for a while. She's a speedster on all fours.
Then there was Balloon. Her first balloon, given to her by the cashier at Ralph's. The helium had pretty much given out within two days but she loves it nonetheless. And Michelle held it just out of reach while Zoe was standing and, boom, she was off. She has been able to do one or two steps since her birthday. After the second, she would collapse on her butt and race to your lap like a cockroach. The ballon was all it took. 8 steps.
Then I was holding her bouncing ball and scooted myself back and she took another 8 to get to me and get her ball.
Cruising? That is so yesterday.
Zoe's a walkin'.

The T-Shirt says it all.
The t-shirt and the mullet, truly. 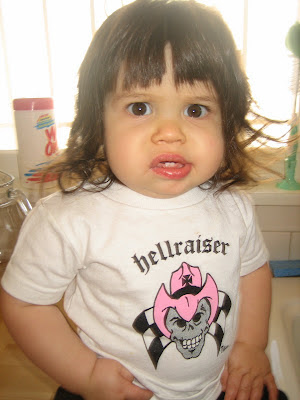 Posted by Allen Lulu at 6:05 PM No comments:

The birthday festivities continue. Look at that smile. It's fun now. Wait til we start the drills. The left hand will be the bane of your existence, sweetie, but play you will. Whether you like it or not. 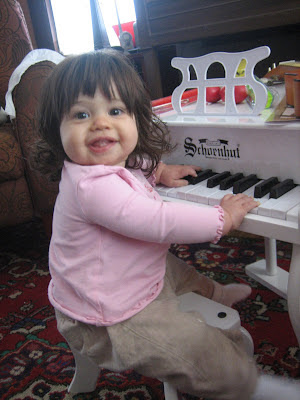 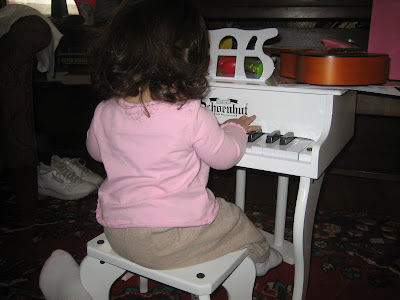 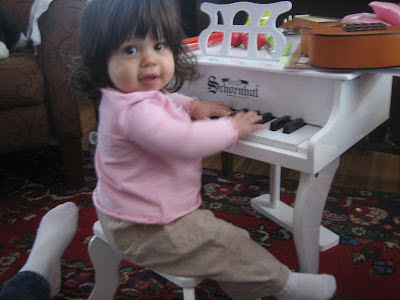 Shooting down in Texas I was completely surprised by a scheme to help me celebrate ZoZo's first Birthday!
There's cake and presents and, well, one touched, happy father

Posted by Allen Lulu at 1:43 PM No comments: 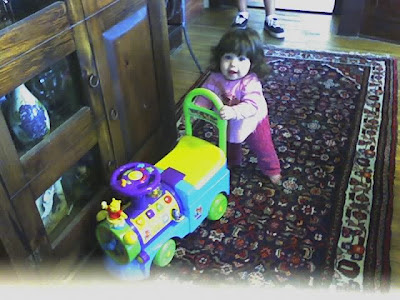 I know I haven't written much here. Truth is, so much has been going on I just plain got lazy with it.
So, here's the skinny: It looks like Zo's an inch or two away from walking. Seriously. She's holding on to the back of her train and using it as walker. Her new nanny, Michelle, has been encouraging this. Oh, yeah! We got Zo a Nanny. So Beth could get schoolwork done and I could get writing and other things done. So, I have done almost nothing and Beth hasn't gotten any schoolwork done. We're still getting used to having the help. Zoe LOVES her! And she has been so great with ZoZo. She's a college frosh who answered our ad. She was the first one who did and she was the best.
Anyways, she' just getting Zoe to do SO MUCH! and it's great.
Not much else, so I'm just gonna post a few pics. 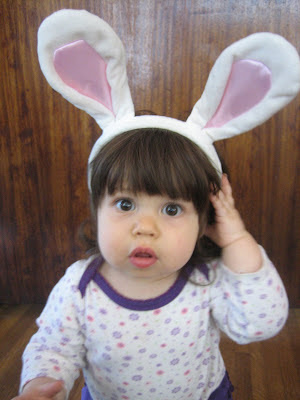 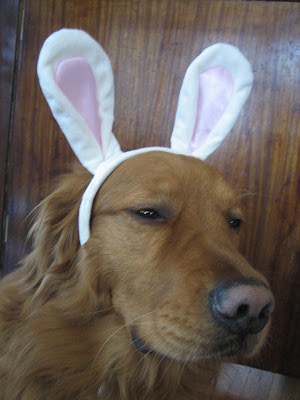 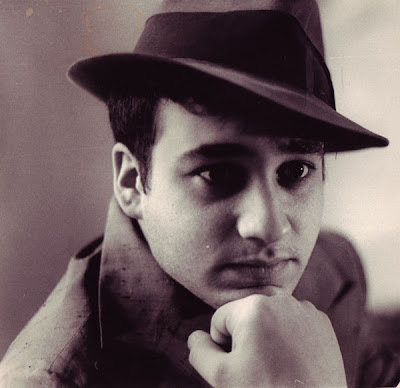 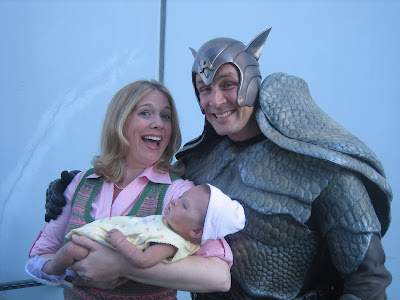 Posted by Allen Lulu at 8:54 PM No comments: