Yesterday was Beth's birthday so we took advantage of Disney's "Free on your birthday" special and took Zoe, who is also still free, since she's under 3.
Holy crow. She was a trooper. Only took a little rest in the afternoon for about 45 mins and had her only meltdown wayyyy after her bedtime.
She approached every character she could on the streets, talked them up, hugged them, it was a blast. Thank goodness she's cute because she kept cutting in front of people but they didn't care because she's so adorable.
Haunted Mansion wasn't scary, nor was Jungle Cruise but the new Nemo submarine underwater tour (which is really neat, go Pixar!) had her clutching Beth for dear life.
Some of the smaller rides rendered her quizzical at best, like Mr. Toad, Pinocchio, etc. Dumbo she loved, but nothing was as exciting to her as the "Merry-Go-Around"! Which she had to ride more than once.
It's a great time of year to hit Disneyland as, by 5 O'Clock the wait time for Pirates of the Caribbean was 5 minutes. And Haunted Mansion was 2.
She tried to hide on Pirates, but, eventually, with coaxing, she realized it wasn't terrifying. Just noisy.
"I'm not SCARY!" She would say after a particularly terrifying ride.
Or.
"That wasn't scary for me!" even though it was.
She did great.
And we all had a blast.
Happy Birthday Beth! 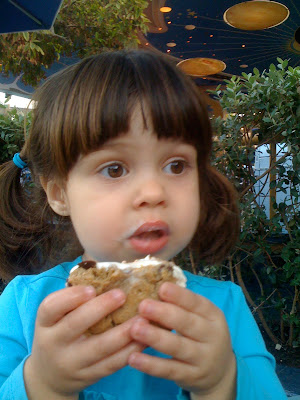 Ice Cream Cookie Sandwich as a treat for being such a great girl. 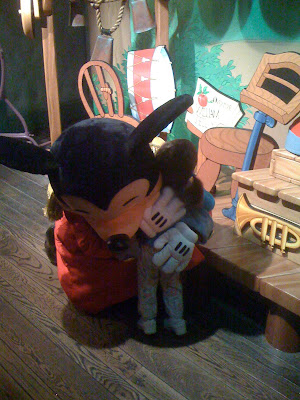 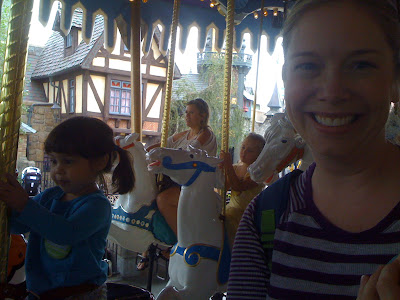 Zoe and the birthday girl on the "Merry Go Around!" 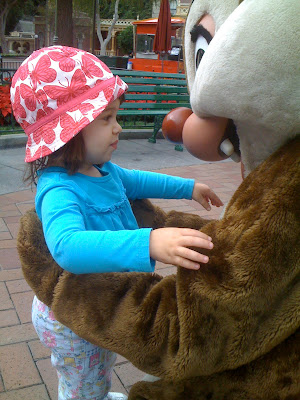 Zoe and Chip. Or was it Dale? 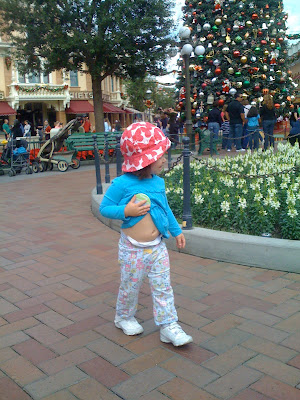 A new Disney Veteran.
Posted by Allen Lulu at 7:59 AM

Love the pics. Zoe is cute. Looks like you all had a great time! :0)

Good brief and this fill someone in on helped me alot in my college assignement. Gratefulness you for your information.